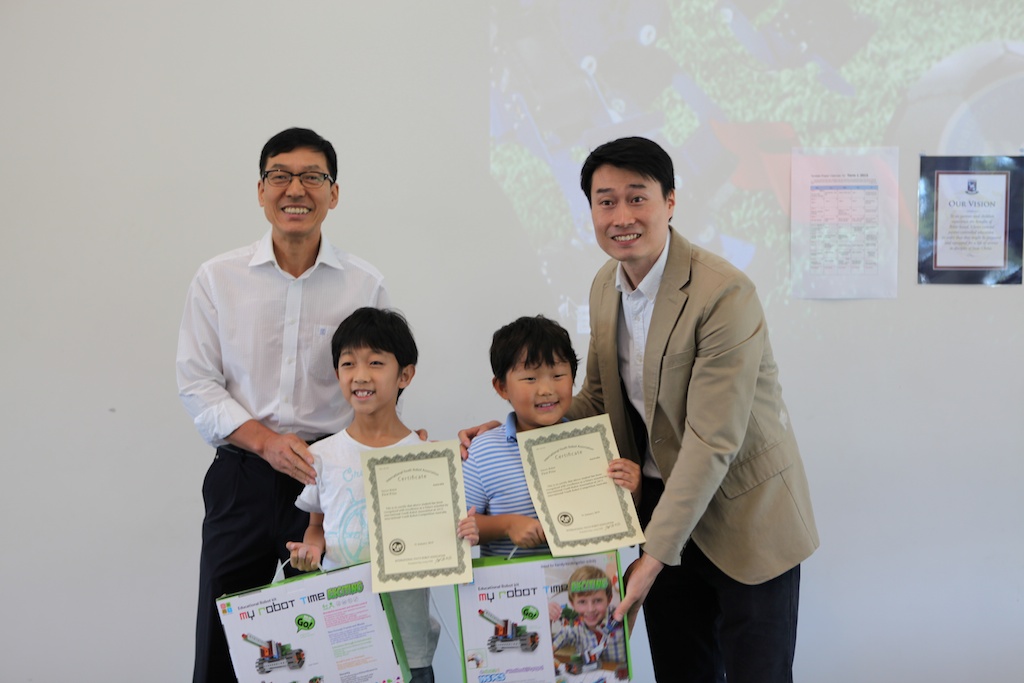 We would like to give a thankyou to the students who presented and demonstrated their robots during the event including: Line Tracer, Catapult Robot, Forceps Robot, Golf Robot, and My Creative Robot for Human Being.

There were a total of 16 Players who registered in the competition and they were grouped into 8 different teams. Every match was interesting and they were all very closes games. The final game was especially dramatic, ending in a draw at full time. Extra time was given and the match was won by 1 point at the end of the game.

The winners of The First 2015 International Youth Robot Competition: Australian Soccer Robot Preliminary Round were Ian Jang and Matthew Kim.

We would like to thank everyone for their enthusiastic support and interest within the event. We hope that the future competitions that we host will be as successful as the first and that it will expand to include competitors from all over the world.

We would like to give a special thanks to Tyndale Christian School for providing us with the school premises to host our completion. 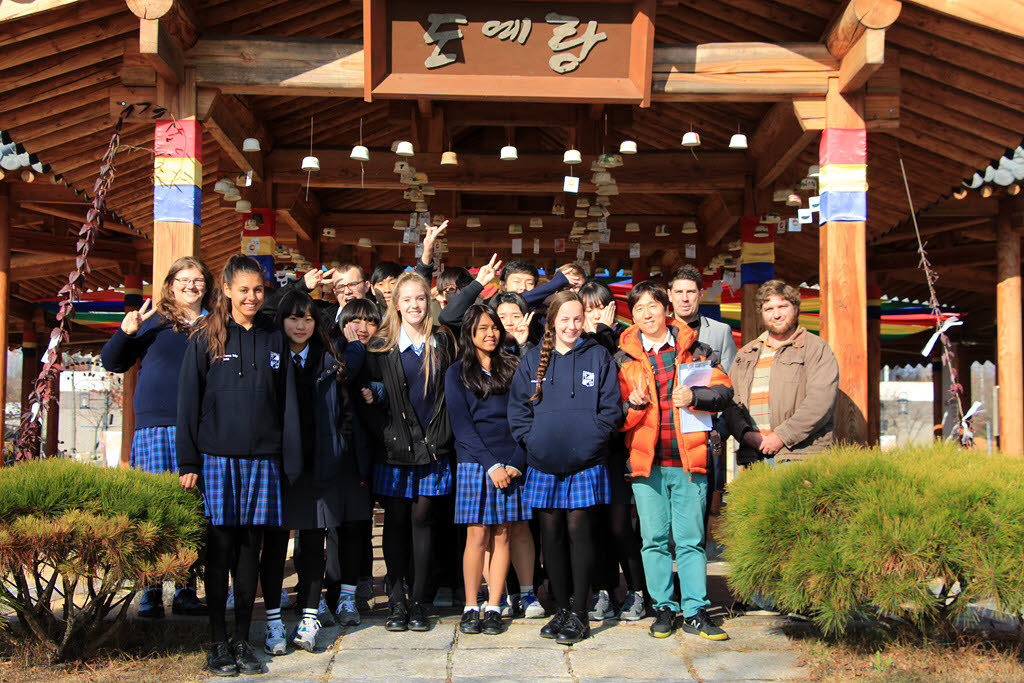 The Tyndale students were able to participate in Korean Christian School classes and experience the difference between the Australian schooling systems as well as meet many other students. Together, they visited various historical sites and experience centres to learn more about the Korean culture. In return, the Tyndale students learnt how to sing the Korean National Anthem with clear accents and voices and were applauded by everyone, every time they performed.

The Tyndale school group were kept busy for the whole 14 nights and 15 days in the cold Korean weather which they have never experienced in Australia. Travelling to Incheon, Yeoju, Jeonju and then back to Incheon is very tiring but the people they met and talked to were great and greeted them with warm hospitality. Also, tasting different Korean cuisines from the different regions was another big enjoyment for them. 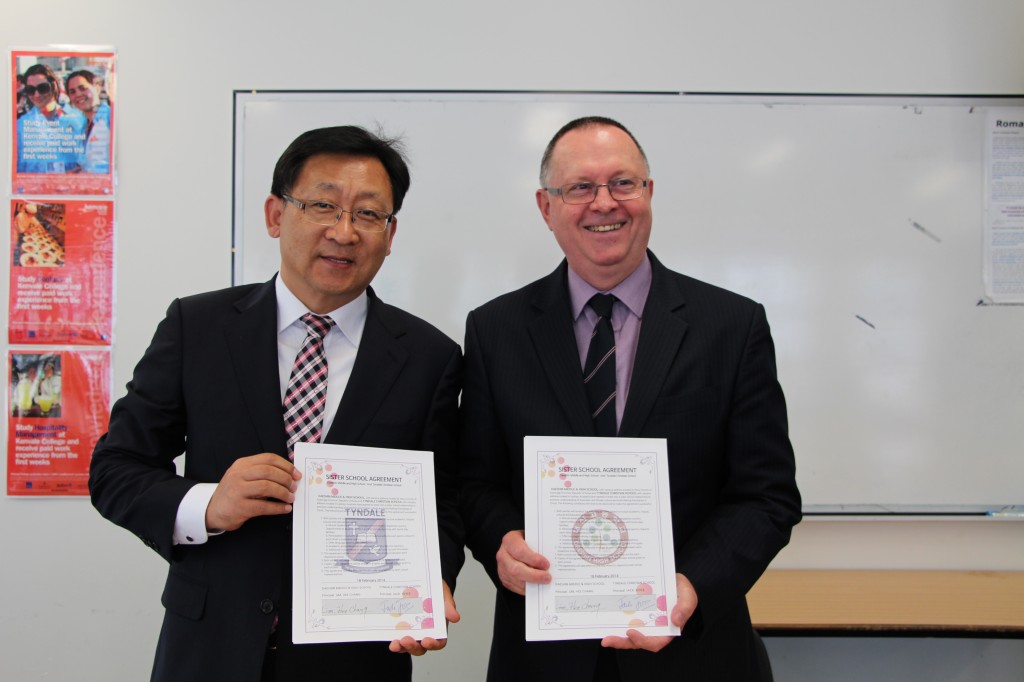 During the 8th October – 18th October 2014, Dae Shin High School from South Korea had the opportunity to visit its Sister School Tyndale Christian School in Sydney as part of a 10 night and 11 day Exchange Program.

The Dae Shin teachers; Ick Kyoum Kim and Suk Hun Choi, lead 13 students to Australia where they were invited into the homes of families from Tyndale Christian School to be homestayed by the school community. Through their stay the students and teachers were able to experience Australian Culture and way of life inside a typical Australian home. They were also able to meet with Mr. Kwang Hwa Park, a retired Vice Principle of Dae Shin High school who immigrated to Australia.

The students were also buddied up with students from Tyndale and were able to go to classes together to experience the Australian curriculum. Having buddies was a great way for the student to build friendships and many of the buddies from Tyndale also planned to travel to Korea for an exchange program so they would be able to see their new friends again soon.

The teachers and students also had the opportunity to visit many famous Australian Landmarks including the Sydney Harbour Bridge, the Opera House, the Blue Mountains and many other attractions.

The students had a lot of activities to get through during just a short time in Australia. They have been able to experience Australian culture, and gained new found appreciation and understandings from the Exchange Program that will help them to become better people in the future.

They were warmly greeted by Principle and other staffs at Tyndale. Students took classes at school to experience Australia education while teachers tour the school and have time to share Educational difference between two countries. Including weekends, they visited Sydney landmarks and as they were from inland of China, Australian beach was their favourite place to remember.

Students have shown great passion and interest in short period of time and learnt much of Australia than expected. They will become people of talents with passions and awareness they have shown.